From The Wire: Xtandi, a life-prolonging cancer drug, currently does not have a patent in India, meaning that Indian cancer patients are able to access generic versions of the drug for a much lower price. However, UCLA, which developed the drug and holds the patent, appears to be representing the pharmaceutical companies Pfizer, Medivation, and Astellas in a patent battle in the Delhi high court.

“It is these contradictory statements which have made health advocates suspicious of this case. ‘University of California, at the time of licensing this product, did not look at serious access issues in the developing world. The drug is virtually in the hands of Pfizer. This case is basically Pfizer, using the name of University of California, asking the court to review this patent,’ says Leena Menghaney, head of the access campaign for South Asia at Medecins Sans Frontieres. ‘We expect Pfizer or Astellas to pursue the patent in India, but the University of California should have done things differently,’ says James Love, director of KEI.” 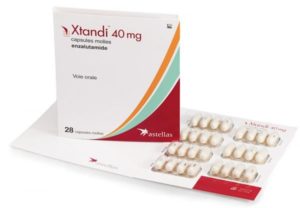