From The New York Times Magazine: The work of Amy Cuddy, a social psychologist best known for her research and viral TED talk on “power poses,” came under harsh scrutiny during the rise of the replication movement, which seeks to highlight the many research findings accepted as fact that have shown to be difficult or impossible to replicate upon further investigation. The subsequent hostility and attacks directed toward Cuddy reflect an overall contentiousness within the field of social psychology that has been created by the replication movement and exacerbated by misogyny and sexism.

“The public nature of the attacks against Cuddy have reverberated among social psychologists, raising questions about the effects of harsh discourse on the field and particularly on women. Earlier this year at the conference of the Society of Personality and Social Psychology, there was a presentation of a 2016 survey of 700 social psychologists, assessing their perceptions of the influence of social media on their careers. The subsequent conversation on popular Facebook groups was so combative that Alison Ledgerwood, a social psychologist at the University of California, Davis, felt the need to respond in a blog post. In it, she argued that if scientists keep having hostile conversations on social media, women are more likely to be driven away from the field. (Women in the profession, the survey presented at the conference reported, participated less than their male colleagues in social-media discussions.)

Even people who believe that the methodological reforms are essential say its costs to science are real. ‘It’s become like politics — we’ve created two camps of people who shouldn’t be in two camps in the first place,’ says Jay Van Bavel, the social psychologist at N.Y.U. ‘It’s perceived slights and defensiveness, and everybody has some history or grievance — and it will never end because there is that history of perceived grievances, of one of your colleagues who has been put through it, or criticized your friend in a public forum. It’s terrible for science. It’s not good.'” 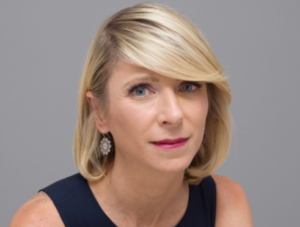