From The Independent: Recently, psychiatric patients used the hashtag #AbusedByServices to tweet about their experiences being re-traumatized by mental health services. The hashtag reflects the reality that psychiatric survivors — many of whom have experienced sexual abuse and violence — are all too often mistreated by the mental health system, and demonstrates the need for trauma-informed care.

“Mental health services can end up re-traumatising people who have experienced abuse and violence. For example, women who have been abused are often restrained by a team of men, or are punished for their attempts to cope by being stitched up after self-harm without anaesthetic. Many report that when they try to talk about experiences of abuse or violence, it is not taken seriously, being told that it is a delusion, or that they are ‘making it up to seek attention’.

It is as if society can only bear its victims to look and present in a certain way – to be able to proffer a clear narrative and demonstrate a trust that authority figures can help. This belies the legacy of early abuse and violence. When people present in a more messy way – for example by oscillating between desperate attachment to staff and then pushing them away – they are likely to receive a diagnosis such as ‘borderline personality disorder’ which makes survivors feel like there is something fundamentally wrong with their character.” 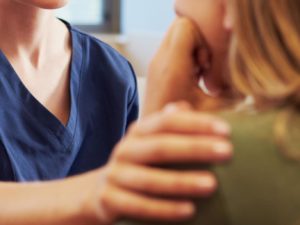 Why I Fight for Trauma-Informed Systems

“Getting to the Root Causes of Suffering”: An Interview with Patricia Rush, M.D.