From Medium: The notion of “evidence-based medicine” is that a particular treatment is considered effective if research finds it safe and efficacious in the majority of patients. However, this notion fails to acknowledge the minority of patients who may be harmed or even killed by some “evidence-based” practices.

“In fact, when patients are harmed or die because of a practice, the guardians of the medical establishment point to their ‘evidence’ and argue that the practice was based on ‘good evidence’ — in this contorted way of thinking, the damage done to any particular patient, ‘though unfortunate’, is the acceptable cost of practicing ‘evidence-based’ medicine.

But when the patient or his/her advocate(s) object to this idea that the harm done ought to be accepted or is simply unfortunate — they are typically labeled, by a vast number of physicians and their managers, as being ‘crazy’, ‘unhinged’ or ‘uneducated’ . This, I know as a matter of fact, as a physician.

But the real trouble is that when corporate forces remove stringent ethical restraint from ‘evidence-based’ practice, it becomes nothing but a marketing tool to make money in a way that ‘benefits the majority’ of consumers/patients — irrespective of its cost to the minority subsets of people it might be harming.” 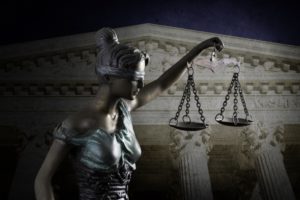