In this piece for Nautilus, Veronique Greenwood discusses the legacy of Julian Jaynes, a psychologist best known for theorizing that consciousness was a cultural development resulting from the existence of language.

“In the beginning of the book, Jaynes asks, ‘This consciousness that is myself of selves, that is everything, and yet nothing at all—what is it? And where did it come from? And why?’ Jaynes answers by unfurling a version of history in which humans were not fully conscious until about 3,000 years ago, instead relying on a two-part, or bicameral, mind, with one half speaking to the other in the voice of the gods with guidance whenever a difficult situation presented itself. The bicameral mind eventually collapsed as human societies became more complex, and our forebears awoke with modern self-awareness, complete with an internal narrative, which Jaynes believes has its roots in language.

It’s a remarkable thesis that doesn’t fit well with contemporary thought about how consciousness works. The idea that the ancient Greeks were not self-aware raises quite a few eyebrows. By giving consciousness a cultural origin, says Christof Koch, chief scientific officer at the Allen Institute for Brain Science, ‘Jaynes disavows consciousness as a biological phenomenon.'” 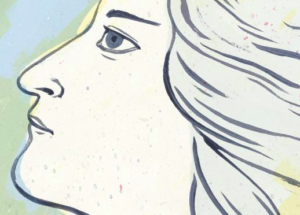