In this piece for Electric Lit, Anne Thériault shares how the book Girl, Interrupted helped her survive her 72-hour hold in a psychiatric ward following a suicide attempt.

“The psychiatric field tends to value compliance above all other traits. A compliant patient, after all, is one who is likely to take her medication on time and show up to appointments and follow commands like ‘tell someone if you feel like you’re going to hurt yourself.’ And yet a hospital is not an environment where compliance flourishes; patients have no access to fresh air or sunshine, they’re expected to follow arbitrary rules to the letter, and if they do things like question their medication or try to talk to hospital administration about conditions on the ward, they’re labelled ‘difficult’ and medicated even more aggressively. While I was in the hospital I saw a situation escalate from a frustrated woman throwing a cup of (cold) tea on the floor to that same woman being pinned down by guards and injected with a tranquilizer.

It wasn’t hard to see that if I wanted to be released, I would have to learn to be compliant. Which meant learning to participate in day-to-day life on the ward.

Coming into the hospital, Girl, Interrupted had felt like a friend that I was allowed to bring with me — someone I’d known for more than a decade who knew the ins and outs of life on a psychiatric ward. Having this friend with me made it easy to spend hours alone in my alcove, flipping through the pages of my book by the humming fluorescent light above the bed. And yet as easy as it was to be alone with my book-friend, she spent hours patiently convincing me to get up and out of my room and talk to someone else. After all, Kaysen’s relationships with other patients form the core of Girl, Interrupted’s narrative; it’s their camaraderie that makes the book what it is. And a guidebook is a guidebook, by which I mean that you choose not to follow its advice at your own peril.” 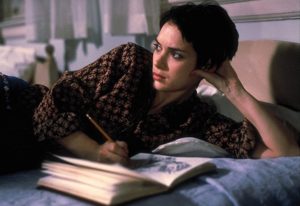