In this piece for Medium, Karen Kilbane discusses the ways that contemporary psychological theories, diagnoses, and behavior modification programs are harming the mental health and emotional well-being of children and teenagers.

“Imagine the classroom as a battlefield. We put our student soldiers on the field, give them instructions, tell them to begin. Only we tell some soldiers they have a psychological disorder because of how they behave. Those child soldiers see themselves as unfit for battle. They have been told they cannot fight as well as the rest of the soldiers when they meet the enemy so they become crazed with paranoia, fear, and anxiety. These child soldiers are basically told they are going to die. Their anxiety goes through the roof and they either hide under a desk or go berserk. Every year teaching I have seen children take cover under desks and go berserk. I have also seen children quietly endure their paranoia and fear until it eventually manifest in much more destructive ways.

Comparing students to soldiers might seem an extreme analogy, but because much of the brain’s function is to fight for its survival in a life or death sort of manner, this analogy is spot on. The brain is hyper-vigilant for even the slightest things that could make it vulnerable. We educators must stop practices that put our student brains in overly vulnerable, weakened positions within the classroom setting. We should see our job as helping a student to mobilize his capacities to the best of his ability, not to mobilize his capacities so they operate in expected and normal ways according to some psychology textbook written by Victorian era men who never even interacted with children outside a clinical setting.” 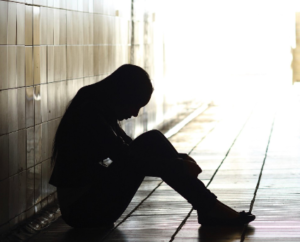 Why I Fight for Trauma-Informed Systems