Since 2006, when the World Health Organization mandated it, drug trials are required to pre-register their intended outcome measures on the clinicaltrials.gov database. This was designed to prevent selective reporting bias, a type of deceptive practice in which researchers conduct many outcome measures, then report only the ones with positive results.

Researchers at Utrecht University conducted the current study. The corresponding author was Jurjen J. Luykx at the Department of Translational Neuroscience. Luykx and his colleagues found that 85% of the published antipsychotic drug trials did not report on the outcome measures they indicated when they pre-registered their study. In fact, according to the researchers:

“81% of [antipsychotic drug trials] had at least one secondary outcome non-reported, newly introduced, or changed to a primary outcome in the respective publication.”

When researchers conduct studies to determine whether medications are effective, it is standard practice to declare a primary outcome (such as scores on a standardized measure of psychosis). However, when researchers use multiple questionnaires assessing many kinds of outcomes, it increases the chances that any one outcome may be improved simply due to chance. That is, the more tests you run, the more likely it is that one of them will find a significant result.

When researchers report on the test that came out positive, rather than the test they selected as their primary outcome at the beginning of the study, this is known as selective outcome reporting bias. This allows researchers to ensure that their results will be positive and publishable, but has the side effect of deceiving the public—and potentially other researchers—into thinking that the results were uniformly positive.

Luykx and his colleagues found 48 published randomized control trials of antipsychotic medications for schizophrenia or schizophreniform disorder since 2006 and compared their reported outcomes with the outcome measures they had registered in the clinical trials database before beginning their studies. However, 17 of the 48 trials did not register in the database until after their research was complete, defeating the purpose of pre-registering outcomes.

These findings are consistent with previous research that found similar results for both antipsychotic drug trials (see full article) and the antidepressant drug trial literature (see full articles here and here). These studies document other forms of bias as well, such as the tendency to leave negative results unpublished. For instance, in antidepressant trials, when published and unpublished trials are combined, 49% of the trials found that the drugs were no more effective than placebo.

Luykx and his fellow researchers suggest that the research community needs to be more careful. Authors must explain discrepancies in their published articles, and journal editors must demand that researchers hold to their pre-specified outcome measures.

Only when these pervasive sources of bias are reduced will the public be able to trust the reliability of the studies testing the efficacy and safety of these drugs. 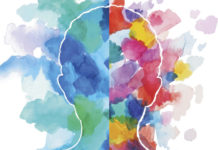 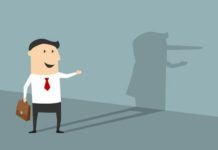 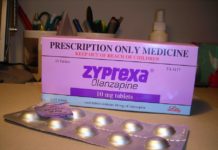