From STAT: Despite evidence that drug company sales reps skew prescribing habits, relatively few hospitals have taken the step of barring them. This is a disservice to patients and a missed opportunity for hospitals to help address the problem of high drug prices and lack of informed consent.

“Why don’t more medical institutions ban sales reps, or at least limit their interactions? Surely physicians can manage without the free meals. Many of the doctors that we speak with in the hospitals we serve point to something else entirely: They say that the medical education that sales representatives provide is invaluable. Doctors say that other resources — such as seminars provided by the institution or online compendia — are limited to mainstream questions and are unable to cover emerging literature or complicated questions, so there’s really nowhere else to go.

But the fact is, if hospitals allow salespeople to educate their doctors, they aren’t prioritizing patients’ health. The case of the painkiller Vioxx is an example of what can go wrong in such a system. The Food and Drug Administration approved Vioxx in May 1999. Just one year later, the VIGOR study revealed a fivefold increase in heart attacks and strokes among individuals taking the drug. Despite these data, Merck’s salespeople were instructed to keep selling the drug and deflect questions about adverse events. The company doubled down on marketing, spending more to advertise Vioxx than Pepsi, Nike, and Budweiser spent on their products combined. By the time Vioxx was withdrawn from the market in 2004, 100 million prescriptions had been filled for it, representing $1.5 billion in sales and an estimated 88,000 to 139,000 heart attacks associated with its use.” 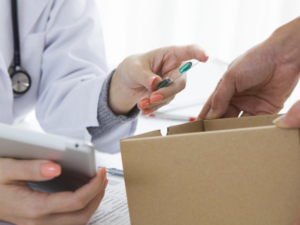