From Science of Us: We are often told to “just be ourselves” as if the self is a fixed, unchanging concept. However our personalities change in different contexts and environments; it is possible to develop new personality traits through personal projects and activities.

“You’re not trapped by your own personality traits. A shy person can become charismatic and a loud person can become a listener, when met with adequate reason to do so. As an example, Little pointed to comedians Robin Williams and Mike Myers, both of whom described themselves as introverts. But they’re also what Little would call ‘site-specific’ extroverts, meaning that they were able to be gregarious and outgoing onstage. Comedic acting allowed them to grow their personality beyond the standard label of ‘introvert.’

Little would call this an example of a ‘personal project,’ by which he means the goals, tasks, and actions that you take on in your personal life. Whatever they are, they must be meaningful to you; they must also be deliberate, in that you choose to tackle it. Take someone who is typically agreeable, Little said, who becomes ‘assertive, domineering, and pugnacious’ when she needs to be, such as when she’s battling with administration at an eldercare facility regarding her ailing mother’s needs. Just because you’re naturally nice doesn’t mean you always have to be.” 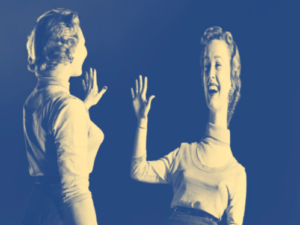