From The Washington Post: A recent study found that benzodiazepines are associated with a greater chance of early death for those with Alzheimer’s.

“Researchers analyzed data on 31,140 adults with Alzheimer’s, most in their early 80s and predominantly women. The group included 10,380 people who started taking benzodiazepines (6,438), benzodiazepine-related ‘Z-drugs’ (3,826) or both (116) after being diagnosed with Alzheimer’s. None of them had taken these drugs for at least a year before their diagnosis. Prescribed benzos included Valium, Librium, Ativan, Xanax, Restoril, Serax and one drug not approved for use in the United States. Prescribed Z-drugs were Ambien and one non-U.S. drug. Within six months of starting to take the medication, 1,225 people had died. Those taking benzos were 41 percent more likely to have died than were people who did not take these drugs, with the strongest mortality risk occurring within four months of starting the medication. No increased risk was linked to Z-drugs.” 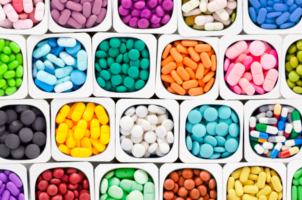