A new study, led by Steffen Moritz, questions the predominant assumption that ‘schizophrenia’ causes neurocognitive impairment. Moritz is a professor and Head of the Clinical Neuropsychology Working Group in the Department of Psychiatry and Psychotherapy at the University Medical Center Hamburg-Eppendorf in Germany.

The article, recently published in Psychological Medicine, highlights secondary factors that could influence poor performance during cognitive testing, such as concerns about the assessment, fears about performing poorly, and low motivation. Moritz and colleagues challenge the stereotype that individuals diagnosed with schizophrenia are cognitively less capable than the general population.

“We must be careful not to insult patients when confronting them with test results or to induce further fears that may propagate self-stigma (e.g. giving a comorbid diagnosis of mild cognitive impairment), particularly when transient secondary influences, like medication and poor motivation cannot be ruled out,” write the researchers.

Deficits in cognition have primarily been attributed to the disorder of ‘schizophrenia.’ Therefore, there is an increased focus on creating skills trainings and medications to boost cognitive functioning in this population. However, many other factors could be contributing to poor cognitive functioning, including side effects of antipsychotics and tranquilizers often prescribed for schizophrenia, or environmental factors.

In addition, many factors could reduce performance during formal cognitive testing, making the assessment an invalid measure of individuals’ abilities. For example, low motivation, test anxiety, and fear of performing poorly could all negatively impact performance. Individuals may also be distracted if they are hearing voices or having other perceptual experiences during testing.

“The literature has neglected important influences that may contribute to neurocognitive test deficits, and thus, prohibit a fair comparison between patients and controls,” write the authors.

The authors have previously conducted research investigating factors that could contribute to poor performance on cognitive tasks for patients with obsessive-compulsive disorder. Building off this research, the authors tested cognitive function in individuals with schizophrenia compared to controls using a variety of neurocognitive tasks.

Both before and after testing, participants completed the Momentary Influences, Attitudes and Motivation Impact (MIAMI) on Cognitive Performance Scale, which measures participants’ subjective experiences that could impact testing: poor motivation, concerns about the assessment, fear about having a poor outcome, and momentary influences that could impact performance (e.g., tiredness). Participants included 50 individuals diagnosed with schizophrenia currently in an inpatient psychiatric unit and 60 nonclinical controls.

All participants with schizophrenia were currently prescribed psychiatric medication, primarily second generation antipsychotics. Diagnosed participants also differed from controls on all self-report categories (e.g., concerns about assessment, fear of poor outcome, momentary influences) except they had similar motivation before the testing began.

Results show that cognitive performance was significantly correlated to scores on the MIAMI. The only exceptions were motivation before testing began and concerns about assessment after testing was completed. The researchers find, “the significant total relationship between group and neurocognition was largely mediated by MIAMI total scores.”

“If taken into account statistically, group differences in neurocognitive functioning were still detectable (= molehill) but not as huge (= mountain) as before – after correcting for subjective influences on cognitive performance, differences declined from large effects to medium,” summarize the authors.

The researchers highlight that reporting a population performs at a certain level “on average” does not negate variability in performance. Many in the population will perform above that average. They note when reporting on standard deviation, “when such findings are communicated to peers and the public, researchers often fail to highlight that results cannot be generalized to every single individual, thereby possibly increasing stigma and fears (e.g. about dementia).”

Ultimately, the authors urge researchers and clinicians conducting cognitive assessments to remember the context within which testing is done and consider the multitude of factors that impact test performance. They suggest that researchers adjust their language to highlight findings are from “a subgroup of patients” rather than generalizing to an entire population.

The researchers conclude, “due to internal (e.g. poor motivation due to a self-fulfilling prophecy), external (e.g. medication) or symptom-related (e.g. rumination, voice-hearing that distracts the individual) factors, many patients do not achieve their best performance. We need to pay closer attention to these factors before making serious recommendations.” 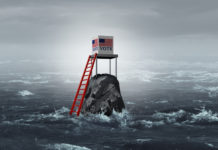 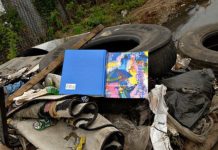 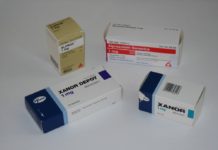