From The Concordian: On October 30th, Dr. Joel Paris, a professor of psychiatry at McGill University, gave a lecture about the dangers and consequences of psychiatric over-diagnosis, an issue he says is pervasive today.

“According to Paris, about 11 per cent of Canadians are currently on antidepressants. He said this number demonstrates that antidepressants are being over-prescribed, which is a consequence of over-diagnosis. ‘People in my field are handing out prescriptions like it’s nobody’s business when it comes to antidepressants, and antipsychotics too,’ he said.

According to Paris, over-diagnosis and over-prescribing in psychology and psychiatry has affected the way society views diagnoses of mental illness. He called it a diagnostic epidemic. As he explained, the problem lies in people discussing symptoms as if they were professionally-made diagnoses. ‘The media picks this up and feeds these epidemics. People talk about these things, even socialize it,’ Paris said. The fact that it is common for people to declare, ‘I think I have ADHD’ or ‘my father is bipolar’ without a diagnosis exemplifies this, he added.” 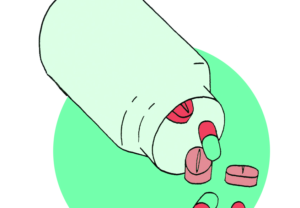