In this piece for Aeon, David A. Sbarra discusses the philosophy and science behind cognitive behavioral therapy and explains why it is so effective.

“Importantly, emotions communicate information, prepare us for action, and have incredible survival value. Without a signalling system to warn us about potential threats in the natural world – that is, without emotions to provide information – humans and other animals would be toast. Quite often, our emotions become disordered when they are out of proportion to the demands of a given situation. Just think of someone who has a panic attack at the idea of being at Costco on a Saturday; it can be overwhelming for anyone, but it is not an emergency that should elicit an immediate and overwhelming fear response. Given the importance of emotions to our survival and the myriad ways in which they can become disordered, the goal of most psychotherapies is to recalibrate our emotional response system.

Over the course of my career, I have worked with many clients who just wanted to figure out how to eliminate every single one of their emotional reactions. Doc, if you had a pill that would stop me from feeling, I’d take it in a heartbeat. There’s a simple and poignant response for such statements: if we eliminated the experience of physical pain, we’d burn our hands off on a hot stove by dinnertime. The same goes for our emotions. Our goal should never be to eliminate our emotions, but rather to regulate or coexist with them better.” 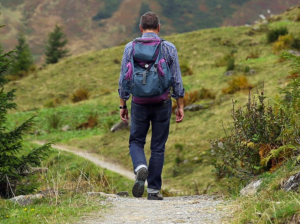