From The Atlantic: Over the past decade, there has been a quiet acknowledgement that suicide is widespread within the wildland firefighting community. Both the trauma of brutal fire seasons and the stoic, “pull-yourself-up-by-your-bootstraps” culture of wildland firefighters have an impact on their mental health.

“As those fires become longer, and more widespread, pulling in firefighters around the clock and exhausting resources, firefighters I spoke to for this article said that coolheadedness is considered part of their job—even when they’re working constantly and sleeping wherever they end up. According to Lisa Johnson, a counselor at the Wildland Firefighter Foundation, they face the trauma of physical destruction, and survivor’s guilt when someone, sometimes one of their crew, dies. She says things can be even harder when fire season ends and they lose a team, a paycheck, and the purposeful adrenaline rush of being on the line. Reentering family life can be deceptively stressful, especially in isolated rural areas.” 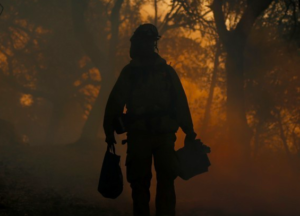