In this piece for Aeon, Kimberley Brownlee argues that labelling people who commit crimes as “criminals,” “offenders,” or “perpetrators” is dehumanizing and reductionistic, defining a person by one act and failing to recognize the circumstances that may have led to it. Additionally, these labels suggest that everyone who has committed a crime has a tendency to offend, which is not accurate.

“Another reason that epithets seem justified, some might say, is that anyone who has committed a crime is responsible, unlike someone with disabilities or someone living in poverty. The argument goes that people who offend are blameworthy, culpable and liable to punishment, so we do them no injustice when we classify them by their offence, even if that offence is a one-off.

But this thinking is wrongheaded. People who offend are not always blameworthy. And, people who are blameworthy are not always criminally liable. Moreover, even when people are both blameworthy and liable, they have a life story beyond the simple fact of committing a crime. Psychology studies indicate that we are more lenient in our judgment of someone for an offence when we know the details of their story. They become to us not just a 16-year-old male who engaged in armed robbery, but the neighbours’ son, Jack, whose dad passed away two months ago, whose mother is struggling with depression, and who was beaten up at school again last week.” 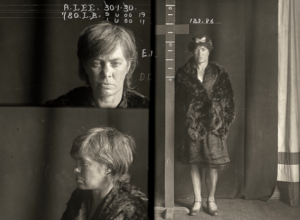