From Flipboard: In a recent study on auditory hallucinations, all participants — not just those who had been diagnosed with psychosis — experienced conditioned hallucinations. The study corroborates the idea that psychosis exists as a spectrum, not necessarily a dichotomy.

“…authors Phil Corlett and Al Powers began by conditioning participants to hear a tone when they were shown a checkerboard pattern. Then they slowly removed the actual sound and asked people when they heard it. Participants who regularly heard voices were five times more likely to say they heard a tone when there wasn’t one, and they were 25-30% more confident in their choice. But they weren’t alone in hearing things. In fact, all of the participants experienced some induced hallucinations during the experiment.

‘I did not expect that people who did not have a psychotic illness would perform so similarly to people who did hear voices,’ Powers says. ‘They were very, very alike.'” 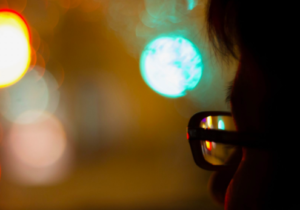