From Aeon: In the early 20th-century Age of Empire, officials in the British Empire sought to better understand their colonial subjects through the use of Freudian psychoanalysis and dream interpretation. Their subjects’ dreams revealed the traumatic impact of imperialism and colonization.

“The common thread running through all the accounts was a twist on the Oedipal story. The oppressive patriarch, a largely fantasied figure in the European context, was here embodied in the very real force of the ‘white man’ and the colonial state behind him. This was a strikingly deromanticised vision of empire, in which only habits of deference and fear of reprisal constrained the urge to throw off tyrannical shackles. Seligman had, it turned out, chronicled the psychic wounds of colonialism, revealing a political order fundamentally at odds with Britain’s self-understanding. The question that emerged was whether British rulers could defuse the challenges that this sentiment posed to their rule before it engulfed them. Such was the pragmatic logic that drove British efforts to map the unconscious minds of their colonial subjects.” 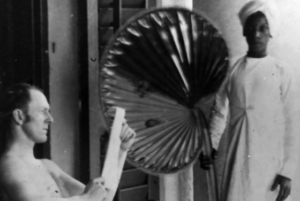