In this piece for Non.copyriot.com, Andrew Ryder discusses the life and ideas of the psychotherapist, philosopher, and activist Félix Guattari, whose work united many of the ideas of psychoanalysis with left-wing and communist philosophies.

“In the wake of his experience with The Communist Path, Guattari continued to explore three primary inspirations. The first was Sartre’s philosophy, which began with an existential phenomenology of an individual’s experience of the world. Sartre had famously declared that everyone was entirely free and responsible for concrete choices. However, Sartre had become increasingly interested in Marxism throughout the 1950s, and Guattari followed this development. By the end of the decade, Sartre composed sophisticated analyses of historical situations that tried to locate a margin of free possibility, from which a revolutionary collective could seize a liberating potential and a produce a less oppressive society. Sartre’s version of Marxism demanded revolutionary organization, but was skeptical of the methods of Stalinized parties.

Second, Guattari continued to explore the ramifications of Leon Trotsky’s revolutionary practice and his critique of the degeneration of the Soviet Union. He believed that Trotsky’s great works preserved the practical and theoretical core of Marxism, and could be reactivated to produce new socialist revolutions. Last, Guattari became strongly affected by the radicalization of Freudian psychoanalysis advocated by Jacques Lacan. Lacan argued that analysis could help people realize new possibilities of freedom, by liberating them from notions of selfhood propagated by social conformity. These three inspirations certainly had things in common: They offered sophisticated means of breaking with conformism in psychoanalysis, individualism in philosophy, and dogmatism in politics, producing new social possibilities. Guattari later said, in an interview: ‘As a militant, I was a Marxist inspired by Trotsky; when I worked I was a Freudo-Lacanian; when I reflected I was for the most part Sartrean, but all of that did not flow together very well.’ There were difficulties in combining philosophy, psychoanalysis, and political activism, however valuable Guattari found the pursuit. This project drew from an early legacy of attempts to synthesize Marxism with psychoanalytic insights, previously explored by Trotsky.” 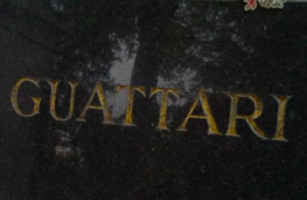