From The Globe and Mail: Doctors are making millions of dollars a year by providing independent medical evaluations of accident victims for the auto-insurance industry. Some of these evaluations unfairly discredit injury claims, leaving victims destitute of the financial resources to pay for medical treatment.

“Richard Hershberg has been a psychiatrist for 36 years. He met Ms. Nemchin once and then reported to the insurance company her PTSD from the accident couldn’t be that bad, because she was able to move to B.C. from Ontario to live on her own.

Two years after writing that, he conceded in court she had never moved out west and he actually ‘didn’t nail it down,’ along with other mistakes and omissions. The CV he put into evidence stated he was a ‘senior psychiatrist’ at a local clinic. In court, he admitted that was inaccurate and that he earned 90 per cent of his income – at $600 an hour – doing IMEs.

If Ms. Nemchin hadn’t taken her case all the way to court, none of that would have been discovered.” 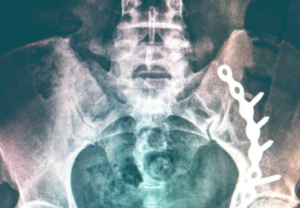