In this interview for the Los Angeles Review of Books, cultural theorist and philosopher Erin Manning discusses neurodiversity, a movement that seeks to depathologize traits, experiences, and ways of existing that are categorized as disorders. Manning critiques the education system’s inherent enforcement of neurotypicality and marginalization of those who diverge from the norm.

“Neurodiversity is a movement that celebrates difference while remaining deeply nuanced on questions of (medical) facilitation and the necessity of rethinking the concept of accommodation against narratives of cure. The added emphasis on neurology has been necessary in order to challenge existing norms that form the base-line of existence: the ‘neuro’ in neurodiversity has opened up the conversation about the category of neurotypicality and the largely unspoken criteria that support and reinforce the definition of what it means to be human, to be intelligent, to be of value to society. This has been especially necessary for those folks who continue to be excluded from education, social and economic life, who are regarded as less than human, whose modes of relation continue to be deeply misunderstood, and who are cast as burdens to society.” 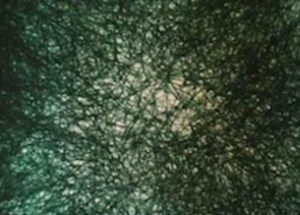