In this piece for the Feminist Current, Tove Happonen argues that the therapy model pathologizes women’s responses to systemic injustice, aiming to change their emotional reactions to oppression rather than addressing patriarchy itself.

“Therapy opposes collective feminist action both by determining some of us are unfit to support other women if we don’t have degrees, and also by claiming we are unfit mentally — in need of therapy ourselves. It places the burden of overcoming the effects of patriarchy, along with the blame for it, onto us as individuals. I myself was often told by therapists, when I expressed how powerless I felt in terms of my ability to improve the situation of women in our society, that I could not focus on trying to save the world until I first saved myself. I was in too fragile a mental state to make any difference, they said. I couldn’t be an activist without damaging myself in the process. Just as our foremothers were labelled hysterical, we are taught that we are too mentally unwell or unstable to be effective activists. We learn that we suffer from things like social anxiety, depression, various phobias, bipolarity, and trauma that we need to personally overcome and heal from, through professional ‘help,’ before we can focus on organizing and changing anything beyond ourselves.” 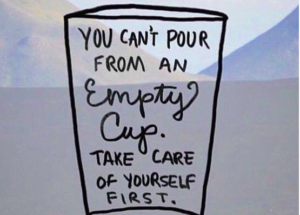 Defunding the Police: Replacing Guns With Prescription Pads Is Not the Answer

I Navigated the Mental Health System and Never Took Medications

Psychiatric Retraumatization: A Conversation About Trauma and Madness in Mental Health Services