From the National Post: An independent report found that disabled people were being unjustly confined in a Nova Scotia psychiatric hospital. Law professor Archie Kaiser says Nova Scotia should apologize for its failure to find housing in the community with supports for the patients.

“The report by Griffiths and Stavrakaki said at least half of the 19 patients were staying in the locked-door facility — and ‘some were being held against their wishes’ — because the province wasn’t providing a community home with support.

‘The situation is clearly confinement without justification … A non-disabled person in the province of Nova Scotia who experienced an acute mental illness and recovered would not likely be held in a locked psychiatric ward for up to 10 or more years post recovery,’ the consultants wrote at the time, just months after former Tory premier Rodney MacDonald came into power.

The authors said there was ‘a feeling of hopelessness for the individuals who live in the unit’ and added that dedicated and committed staff were ‘feeling demoralized regarding the rules and outcomes.'” 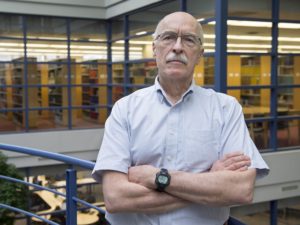 #RestoreTheirRights: An Update on Guardianship Action