From The Guardian: According to a new Human Rights Watch report, U.S. nursing homes are inappropriately prescribing antipsychotics to an estimated 179,000 residents with dementia each week.

“The 157-page report, titled ‘They Want Docile’ claims thousands of long-term nursing-home patients with dementia are inappropriately given antipsychotic drugs not designed for them. In many cases, the report states, antipsychotics are prescribed because of their sedating effects, making dementia patients easier for staff to handle.

Antipsychotic drugs carry a serious warning from the US Food and Drug Administration called a ‘black box’ because the drugs increase dementia patients’ risk of death. The drugs were developed to treat psychiatric conditions such as schizophrenia.” 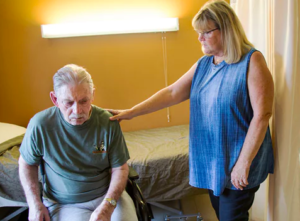