From The Health Law & Policy Brief: Last month, Patient Services Inc. (PSI), a pharmaceutical industry-funded charity, launched a lawsuit against the Department of Health and Human Services alleging that federal oversight of its charity has violated its free speech rights by limiting its ability to communicate with donors.

“PSI might be going on the offensive in reaction to the Office of Inspector General (OIG) of HHS revoking its favorable advisory opinion of another patient-assistance charity, Caring Voice Coalition (CVC). OIG rescinded its favorable opinion because CVC gave drugmakers data that could help them see if their contribution was being directed for their own drugs, potentially giving the companies ‘greater ability to raise the prices of their drugs while insulating patients from the immediate out-of-pocket effects.’ The coalition has since announced that it will no longer be able to offer any financial assistance in 2018. On top of this, patient-assistance charities are also feeling the heat from the U.S. Attorney’s Office in Massachusetts and the Internal Revenue Service.” 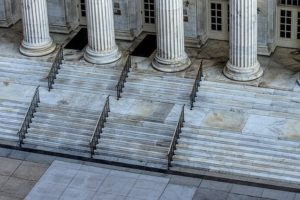