Researchers and advocates have continued to critique The Lancet‘s recent study claiming to prove definitively that antidepressants are more effective than placebo. Below are a few critiques of the study.

About that New Antidepressant Study by Neuroskeptic

“It’s important to bear in mind however that the meta-analysis only included ‘acute’ trials of about 8 weeks duration. This is a big limitation because a lot of people take antidepressants for much longer than this (I’ve been on mine for about 10 years, ironically the age of the Kirsch et al. paper). The absence of long-term antidepressant trials isn’t Cipriani et al.’s fault: there just aren’t very many of them out there, unfortunately.”

Spinning a Silk Purse From a Sow’s Ear: The Reaction to the Lancet’s Antidepressant Effectiveness Study by Gary Sidley

“While some people express very positive outcomes after taking antidepressants, the Lancet study confirms that the average response is a modest reduction in scores on commonly used rating scales measuring the severity of ‘depression.’ For most recipients, this small shift is unlikely to be associated with any meaningful improvement in their wellbeing and quality of life; to use the language of mental health research, the outcome will be of no clinical significance.

“The timing of this new ‘study’ was carefully crafted by those who financially benefit from promoting ‘antidepressant’ consumption. This includes the pharmaceutical companies who paid for a large portion of the studies pooled by Cipriani. The lead author was, today, busily answering prepared tweets today from industry admirers who are thrilled to see Cipriani prancing around. Pay no mind to the fact that Cipriani is really an emperor with no clothes.”

“Whatever the study reports, or the debate that goes on around it, none of that diminishes the power of your own experiences with these drugs. Whether you felt they helped or harmed you, you are the expert in your own experience.” 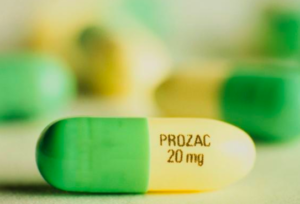