A new study, published in BJPsych, investigates trends in female authorship in research papers on eating disorders. The results indicate that the rates of female authorship have increased in psychiatry and psychology journals in general but remain low in high-impact journals.

“Compared with specialty journals, both first and last authors of eating disorder papers were significantly less likely to be female in the high-impact psychiatry and clinical psychology journals during most of the observation period,” write Strand and Bulik, researchers from the Korlinska Institute in Sweden.

The researchers indicate that a more proactive approach is warranted to accomplish a more equal gender balance in academia. They state that although a “critical mass of women in science has existed for decades,” studies exemplify academia maintaining gender imbalances favoring men in regards to “funding, peer-review, hiring, salaries, and financial ties to industry” as well as editors-in-chief, editorial board members and journal reviewers.

Studies of authorship in psychiatry show a similar pattern of gender imbalance, even though the gender distribution of professionals is more balanced within the field. Another study found that trends in female authorship in high-impact journals were on the rise in the early 2000’s, but then lost speed and plateaued in some cases in recent years, potentially due to a ceiling effect.

The authors note that potential reasons for these imbalances “are likely to be complex and multifaceted,” including “gender differences in attitudes towards competition, explicit and implicit gender bias and sexism, inequalities in the distribution of scientific labor, a lack of senior female role models and mentors, and the fact that women often assume greater responsibility for raising children and receive less support from their spouses.”

In the first attempt to explore gender imbalances in authorship and publication trends on eating disorders, Strand and Bulik hypothesize that the overrepresentation of women in fields related to eating disorders will promote more publication gender balance as opposed to general psychiatry.

They assessed six eating disorder specialty journals, nine high-impact general psychiatry journals, and six non-specialist high-impact clinical psychology journals for the prevalence of female first and last authorship of research articles on the topic of eating disorders. Author names were classified as female, male, or unknown, determined by the first name. First and last authors were assumed most prestigious, as the first is usually who contributes the most and the last is the senior researcher. Data was collected from original research articles on eating disorders from January 1997 until December 2016. The researchers performed descriptive statistical analyses for each journal and year.

Relevant reasons for this could be (a) “that output and quality of eating disorder specialty journals may have improved, increasing the attractiveness for researchers within the field to publish their work there,” (b) “negative attitudes towards eating disorders among journal editors and medical professionals in general…strengthened by gender bias, both in the form of misperceptions about eating disorders as being primarily a ‘women’s health’ issue and as bias against female authors per se,” (c) potential decline in overall number of original articles due to increase in systematic reviews and meta-analyses, and (d) because eating disorders are one of the most underfunded psychiatric conditions, research may suffer and may be of lower quality.

In regard to gender, Strand and Bulik found that female authorship has increased in the past two decades across all three types of journals. Yet, similar to the findings of the aforementioned study, that increase tapered off in the last 5-year-period. As anticipated, female authorship of eating disorder papers was found to be higher than in general psychiatry papers. However, first and last authors were less likely to be female in high-impact psychiatry and clinical psychology journals compared with specialty journals throughout most of the study. This could be because of the inadequate resources for female scholars compared to their male counterparts, because of a gender bias in the peer review process of high-impact journals, or because female scholars choose to submit less in high-impact journals.

Notably, the authors of this study acknowledge their binary approach to gender and its relevance, stating “it is not certain that all assessed authors would self-identify as belonging to the gender that they were ascribed to in this study or that they necessarily see binary gender as relevant to their identity…however, it is important to note that regardless of one’s views on gender identity, a fully gender neutral approach to data collection and statistics risks resulting gender blindness, i.e. failure to recognize actual inequalities and the maintenance of the status quo.” Furthermore, it is noteworthy that the first author of the two authors of this publication is male.

Based on the findings, Stand and Bulik conclude with recommendations: 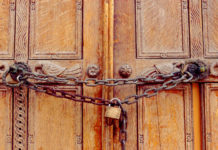 When Mad Voices Are Locked Out of Academia