In this piece for New York Magazine, Andrew Sullivan traces the history of the use of opiates in the U.S. and explores the social, economic, and historical reasons for the contemporary opioid epidemic.

“One of the more vivid images that Americans have of drug abuse is of a rat in a cage, tapping a cocaine-infused water bottle again and again until the rodent expires. Years later, as recounted in Johann Hari’s epic history of the drug war, Chasing the Scream, a curious scientist replicated the experiment. But this time he added a control group. In one cage sat a rat and a water dispenser serving diluted morphine. In another cage, with another rat and an identical dispenser, he added something else: wheels to run in, colored balls to play with, lots of food to eat, and other rats for the junkie rodent to play or have sex with. Call it rat park. And the rats in rat park consumed just one-fifth of the morphine water of the rat in the cage. One reason for pathological addiction, it turns out, is the environment. If you were trapped in solitary confinement, with only morphine to pass the time, you’d die of your addiction pretty swiftly too. Take away the stimulus of community and all the oxytocin it naturally generates, and an artificial variety of the substance becomes much more compelling.

One way of thinking of postindustrial America is to imagine it as a former rat park, slowly converting into a rat cage. Market capitalism and revolutionary technology in the past couple of decades have transformed our economic and cultural reality, most intensely for those without college degrees. The dignity that many working-class men retained by providing for their families through physical labor has been greatly reduced by automation. Stable family life has collapsed, and the number of children without two parents in the home has risen among the white working and middle classes. The internet has ravaged local retail stores, flattening the uniqueness of many communities. Smartphones have eviscerated those moments of oxytocin-friendly actual human interaction. Meaning — once effortlessly provided by a more unified and often religious culture shared, at least nominally, by others — is harder to find, and the proportion of Americans who identify as ‘nones,’ with no religious affiliation, has risen to record levels. Even as we near peak employment and record-high median household income, a sense of permanent economic insecurity and spiritual emptiness has become widespread. Some of that emptiness was once assuaged by a constantly rising standard of living, generation to generation.
But that has now evaporated for most Americans.” 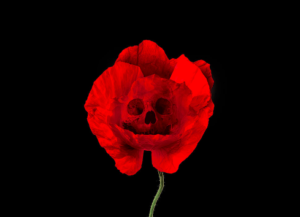 How Big Pharma Deceives You About Drug Safety