From HealthNewsReview.org: In light of the opioid crisis, lawmakers are growing increasingly concerned about financial conflicts of interest in patient advocacy groups. Ontario has enacted a new law requiring pharmaceutical companies to disclose payments made to such groups.

“‘If I had my druthers consumer advocacy groups wouldn’t need to take pharma money, but the majority do,’ said David Mitchell, founder and president of Patients for Affordable Drugs, one of the few advocacy groups that has pledged not to take industry funding (instead, like HealthNewsReview.org, they receive funding from donations, as well as the Laura and John Arnold Foundation).

‘But I don’t think advocacy groups should stop taking pharma money. That would cripple their ability to provide important services like patient hotlines, family support, and patient education. But I also realize that money can be misused for things like training patient advocates to lobby for proposals that are in pharma’s — not patients’ — best interests. Payments can be used to inhibit groups from criticizing pharma, or used to create front groups with fancy names that fight legislation that would hurt a company’s profits.

But here’s the key to disclosure: If we have full disclosure in ALL those areas, then each of us can give weight to those sources of information. We’re better equipped to make up our own minds about whether what we’re hearing — or not hearing — is being influenced by corporate concerns or concerns for patients.'” 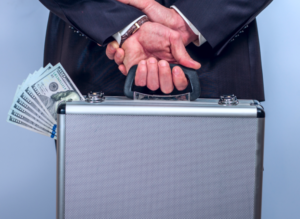