From The New Inquiry: Civil libertarians and liberal privacy advocates often frame government surveillance as a universal threat. But two new books show that surveillance and privacy violations are already an everyday reality for poor and marginalized communities.

“The Fourth Amendment—which protects against unwarranted search and seizure—is spatially defined. Individuals have a ‘reasonable expectation of privacy’ from the eyes and ears (and noses) of the state in places where they can reasonably expect not to be overheard or observed by others. You have the most privacy in your home, somewhat less in your car, and hardly any on a public street. Thus, those who can afford more private space will inevitably have more privacy. People who live in densely packed neighborhoods and thin-walled apartment complexes, who have little ‘curtilage’ surrounding their homes, who live their private lives in public spaces, have considerably less. The homeless—who, by necessity, live in public space and have tenuous property claims to their makeshift dwellings—have barely any Fourth Amendment rights at all. Like many of liberalism’s guarantees, privacy is not a universal right but a class right: guaranteed to those who can buy it.

When a middle-class white person imagines a privacy violation, they tend to think of an embarrassing disclosure of personal information: their sexts posted online, their email address leaked in the Ashley Madison hack. Some may imagine the ‘creepy-crawly’ feeling of being watched. Indiana University School of Law professor James P. Nehf has written, reflecting the perception of many scholars, ‘Privacy is seldom a matter of life and death.’ But for the poor and marginal, invasions of privacy are often lethal matters. A stop-and-frisk can easily end in a police shooting. Data shared from a registry can lead to arrests or deportation. Scrutiny from a caseworker can tear a family apart.” 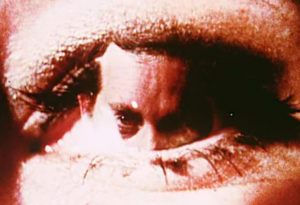