From the Harvard Business Review: While the Industrial Revolution brought about unprecedented technological and economic progress, it has also left a negative psychological impact. Research shows that people in former industrial regions demonstrate more markers of psychological adversity than people in other regions.

“Our research shows that a region’s historical industries leave a lasting imprint on the local psychology, which remains even when those industries are no longer dominant or have almost completely disappeared. We found that in regions like Blaenau Gwent in the UK and the Rust Belt in the U.S., people reported more unhappy personality traits, lower life satisfaction, and lower life expectancy than otherwise similar regions where these industries did not dominate (think Sussex and Dorset in the non-industrial South of England and regions in the American West). For example, in the UK, neuroticism was 33% higher, conscientiousness 26% lower, and life satisfaction 29% lower in these areas compared with the rest of the country. This effect was robust even when controlling for other historical factors that might have affected the well-being of regions, such as historical energy supply, education, wealth, geology, population density, and climate.” 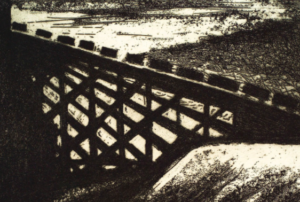 The Persistence of the Radioactive Bogeyman