From Medical Xpress: People from all marginalized backgrounds are subjected to microaggressions and hostility every day, which has serious physical and mental health consequences. But our biases against fat people are so entrenched and normalized that we don’t even recognize these attitudes as prejudice.

“Microaggressions against fat people are so pervasive and normalised in modern society that people, even fat people, may not recognise them as stigmatising at all. The sometimes ambiguous nature of microaggressions means that the target may be unsure of the intent or underlying meaning, wondering if that person was actually stigmatising them or not, making it difficult to respond. What is more, fat stigma is so entrenched that many fat people are complicit in their own stigmatisation, believing that they deserve it, or that the perpetrator was just stating a fact (‘fat people are ugly and disgusting’).

On the other hand, if they do challenge the stigma, at best, they may be told to ignore it; at worst, their experiences are invalidated. Victims of microaggressions are told they are just imagining the slight, that they are overly sensitive or even paranoid, or that they simply need to develop a sense of humour. Fat people may even be told to lose weight if they don’t like it. Most people would never tell a member of another stigmatised group that they should change themselves if they don’t want to be discriminated against.” 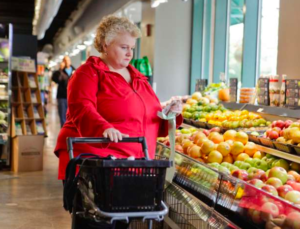