From STAT: The idea of using precision medicine to treat depression is quickly gaining new ground. But many researchers and experts worry that the idea is being overhyped.

“Bringing precision medicine to depression would be difficult for the same reason it would be useful — depression is a heterogeneous disease that varies wildly from one patient to the next.

Take someone with a family history of depression, who first experiences symptoms during adolescence and has several instances of depression over her lifetime, and compare her to a 70-year-old man who is in the early stages of Alzheimer’s disease and is experiencing symptoms of depression for the first time.

‘The [Diagnostic and Statistical Manual] would give you the same diagnosis, and clearly there’s reason to think those are very, very different,’ said Hyman, a former director of the National Institute of Mental Health.” 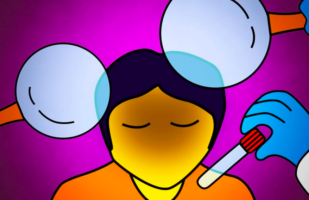