In this piece for Medscape, Jodi S. Cohen chronicles the research malpractice case of child psychiatrist Mani Pavuluri, who put vulnerable children at serious risk in a clinical trial. Pavuluri violated research rules by testing the powerful drug lithium on children younger than 13, failed to properly alert parents of the study’s risks, and falsified data to cover up the misconduct.

“Pavuluri’s study, which began in 2009 and was shut down in 2013, was designed to use imaging to look at how the brains of adolescents with bipolar disorder function during a manic state, and then again after eight weeks of treatment with lithium. The hope was that the results would provide new information to help identify the disease earlier, lead to treatment and potentially even reverse how the disorder affects the brain.

But Pavuluri, a professor of psychiatry, strayed from the approved guidelines and abandoned safety precautions written into the study protocol, according to a November letter from NIMH to UIC in which the agency said it had determined there was wrongdoing and demanded the repayment.

In all, 89 of the 103 subjects enrolled in the study — 86 percent — did not meet the eligibility criteria to participate, records show. Among other violations, Pavuluri:

Pavuluri isn’t solely at fault, according to NIMH. The agency determined that the university’s institutional review board, known as an IRB, a faculty panel responsible for reviewing research involving human subjects, conducted an “insufficient” initial assessment of Pavuluri’s research plans. The board didn’t even have a copy of her research protocol at its initial review.

‘These are clearly egregious problems that occurred,’ said Michael Carome, a former senior official at the U.S. Department of Health and Human Services’ Office for Human Research Protections, or OHRP, who reviewed the case for ProPublica Illinois.” 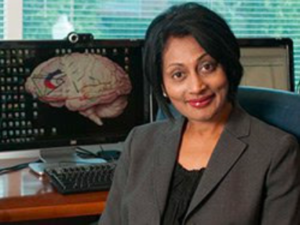