The Atlantic write about studies showing possible links between diet and depression.

“A poor diet is a leading risk factor for early death, responsible for one in five deaths globally. Depression, meanwhile, is the leading cause of disability worldwide. A relatively new line of research suggests the two might be related: An unhealthy diet might make us depressed, and depression, in turn, makes us feel even sicker.

In a recently released abstract, researchers studying 964 elderly participants over six and a half years found those who followed the dash diet, which emphasizes whole grains, fruits, and vegetables, had lower rates of depression, while those who ate a traditional Western diet were more prone to depression. The participants were asked how often they ate various foods, and they were screened for depression annually using a questionnaire.” 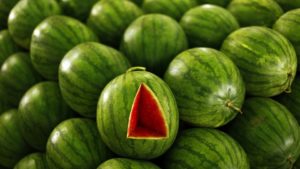 Critical Influence of Nutrition on Psychosocial Wellbeing in Childhood

Finding the Way to Mental Health