From TIME: Learning new words to describe different types of happiness, well-being, and joy can increase our ability to connect with and feel those emotions. In a new book, positive psychology lecturer Tim Lomas has amassed over 1,000 terms from foreign languages describing pleasurable feelings that the English language does not have names for.

“Those are the kinds of ‘hidden’ phenomena Lomas speaks about, feelings we have experienced but couldn’t — or never thought to — name. In his collection is the Spanish estrenar, which conjures the feeling of confidence one gets when wearing new clothes, as well as the Finnish hyppytyynytyydytys, which refers to the satisfaction one gets from sitting on a bouncy cushion or comfortable chair. There is the Arabic tarab, which describes musically-induced ecstasy and the Creole tabanca, a word for the bittersweet feeling one has when being left by the person they love.

By having a name at the ready, we may be more capable of recognizing and reveling in the good things, trivial and grand, better than if we vaguely described the concept. Life is ‘just this great diffused river of sensations and stimuli. It’s hard to pin things down,’ Lomas says, ‘but if I have a label for it, it’s slightly easier to grab hold of a passing feeling.'” 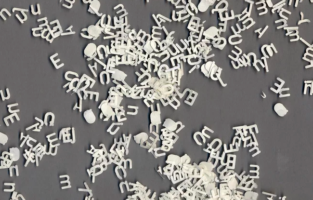