A recent article published in the Annual Review of Clinical Psychology offers a retrospective look at Positive Psychology by co-founder Martin Seligman. He discusses initial efforts to transform the field of psychology in the direction of well-being rather than sickness, political and economic challenges related to the monopolies of neuroscience and Big Pharma, and other issues associated with the movement.

“Psychiatry-as-usual already had its extensive catalog of negative traits: DSM (the Diagnostic and Statistical Manual of Mental Disorders). This is a manual of the insanities: schizophrenia, psychopathy, panic disorder, autism, and the like, more than 300 of them, in fact, along with their sex ratios, heritability, course, prognosis, and diagnostic criteria. Chris—funded by Neal Mayerson, head of the Manuel and Rhoda Mayerson Foundation—took a 3-year sabbatical from his post as director of clinical training at the University of Michigan and came to Penn to work with me on creating a DSM of good character and virtue along with a questionnaire to measure good character,” Seligman writes.

Positive Psychology emerged in the 1990s as a response to what Martin Seligman and co-founder Mihaly Csikszentmihalyi perceived as an overemphasis on illness in psychology. “Positive” oriented psychologies actually began much earlier, with the early American psychologist William James championing the study of virtue and achievement rather than exclusively ‘mental illness.’

Likewise, humanistic psychologists such as Gordon Allport, Abraham Maslow, and Carl Rogers emphasized a holistic, positive understanding of human beings, with a fundamental belief in our essential goodness. Positive Psychologists claim, however, that humanistic psychologists failed to alter the field fundamentally, and seek to remedy the illness narrative by utilizing traditional scientific methods (opposed to the stronger emphasis on idiographic research, or personal experience, championed by humanists).

Some have criticized Positive Psychology as promoting social conformity and adaptation. Others have accused the discipline of rehashing humanistic ideals while failing to give credit, and generally failing to be reflective about the values involved in the work. Finally, there is controversy over the statistical significance of Positive Psychology findings, with some questioning whether “positive thinking” can be a force of healing for those in extreme suffering.

In the current paper, Martin Seligman reflects on the emergence of Positive Psychology as a discipline, including the challenges associated with shifting psychology away from an illness model. Seligman explains the philosophy behind Positive Psychology, explores some of its empirical findings, argues for the development of a “Positive Education,” and responds to some of his critics.

In Seligman’s early discussions with Csikszentmihalyi, he states that they agreed about what the focus of Positive Psychology should be: “The substance was anchored by the opposite concerns from clinical psychology: the good life—what it is to be healthy and sane, and what humans choose to pursue when they are not suffering or oppressed.”

Seligman relays a discussion with journalist Bill Moyers, where he convinced Moyers that it was not enough to simply “uncover what is hidden,” or to put it in psychological terms: to remove what is negative. Instead, Seligman believes that positivity must be cultivated as a separate domain from illness and negative symptoms.

This mindset informed the “Authentic Happiness website,” which aimed to disseminate Positive Psychology findings and exercises to the public, at first without cost and then at a low fee. Despite promising research associated with these exercises—comparable and “perhaps superior to the effects of medication and psychotherapy for severe depression”—the website eventually failed due to a lack of funding and stiff competition associated with Big Pharma. According to Seligman, however, its failure pre-empted the success of Positive Psychology as a field.

Distilling empirical findings in the field, Seligman believes that there are five essential components of well-being (PERMA):

With controversial newer speculations such as physical health and control.

These findings eventually led to the creation of a “sanity” manual and a “VIA (Values in Action) Signature Strengths Test,” based in a list of 24 essential virtues or strengths that seemed to have cross-cultural and cross-historical validity:

“Kindness fit. Wisdom fit. Vitality fit. Social intelligence fit. Tolerance did not because it was not (universally) valued in Salt Lake City or Mecca. Obedience? The Boy Scouts and Merlin liked it, but the feminist movement did not. Chastity? The Victorians espoused it, but the commune movement rejected it. How about humor? That one was close. Everyone thinks they have a sense of humor (universality), and Chris was, in fact, a remarkable sotto voce stand-up comic.

But I was not sure humor was important enough to make the list. Chris wore me down, arguing that humor is a transcendent strength that amplifies all the others. We eventually narrowed the list down to 24 strengths, and then we grouped the strengths, somewhat arbitrarily, under six virtues: Wisdom, Courage, Humanity, Justice, Temperance, and Transcendence.”

Later, Positive Psychology, as a research paradigm, began to study happiness as a causal factor in well-being. Empirical findings began to emerge, such as a positive effect on the immune system, better health behaviors such as wearing seatbelts and avoiding smoking, life longevity, higher income, better employee performance, advancement at work, prosocial behavior, and life stability in terms of marriage/work.

These findings led to applications in fields such as soldier fitness and positive education. Seligman aided in a program helping members of the military orient toward “Posttraumatic Growth” and resilience after facing combat, through findings and exercises the field had developed. The results were promising, with soldiers who underwent the program showing greater “emotional fitness, active coping and optimism, and […] lowered catastrophizing in contrast to soldiers who had no resilience training.”

In addition, soldiers with resilience training were less likely to be diagnosed with PTSD, anxiety, and depression. The rate of substance abuse among these soldiers was reportedly cut in half.

Seligman views education as a “fulcrum for producing more well-being in a culture.” Rather than only working with those who are already suffering, he proposes shifting educational culture to aim for instilling positive values such as “optimism, trust, and a hopeful sense of the future.”

For example, teachers trained in the “GNH” (Gross National Happiness) model were encouraged to teach things like literature with an eye toward life skills. Students were asked to identify “strengths and virtues in characters from novels and by encouraging students to use these strengths in their daily lives.”

Following 15 months of application and then a 12-month period, well-being and academic achievement rose by a significant amount compared to placebo schools.

In addressing his critics, Seligman acknowledges that he failed to adequately credit humanistic psychologists for pre-empting many of his own findings and ways of thinking. He cites Abraham Maslow, for example, as first using the term “positive psychology” and attempting to inaugurate the scientific study of healthy, creative individuals. He states, however, that Maslow’s humanistic followers failed to abide by rigorous experimental scientific methods, preferring “qualitative and nonexperimental methods.” In reference to this controversy, he writes:

“Indeed the humanistic psychologists have been furious at me and the Positive Psychology movement. They feel slighted and not properly acknowledged. They have laid into me mercilessly I think their anger is more than partly justified. Abraham Maslow was the first person to use the term Positive Psychology, his thinking was iconoclastic, and it antedated some of our main ideas. In our inaugural article on Positive Psychology, Mike Csikszentmihalyi and I foolishly lumped Humanistic Psychology with crystal healing and aromatherapy and, for my part, I apologize for this unwarranted slight.”

In conclusion, Seligman discusses the future of Positive Psychology. He writes:

“There is much more for us to aspire to than less suffering. We can also aspire to more PERMA—that is, more well-being. It is vouchsafed to us not only to witness the turning of the world but also to actually turn the world toward well-being. We can remake politics, religion, arts, medicine, and science to become the engines of well-being.” 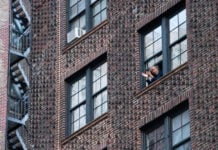