Jacob Stegenga, a philosopher of science in Cambridge, has written a closely argued and empirically supported book in which he argues the case for medical nihilism by which he means that our confidence in the effectiveness of medical interventions should be low. My belief is that many doctors, particularly senior ones, are instinctively nihilists but most patients are not.

Medical Nihilism is one of the latest in a long history of arguments doubting the effectiveness of medicine. Stegenga briefly summaries that history, starting with Heraclitus (the way that doctors torture their patients is “just as bad as the diseases they claim to cure”), passing through Oliver Wendell Holmes (“If the whole materia medica, as now used, could be sunk to the bottom of the sea it would be all the better for mankind—and all the worse for the fishes”) to Ivan Illich (“modern medicine is a negation of health . . . it makes more people sick than it heals”). In the same week that Stegenga’s book was launched the doctor and journalist James Le Fanu launched Too Many Pills, a book in which he argues that doctors are prescribing too many pills and endangering health (more of that in another blog) and The BMJ made the case for overcoming overuse of medicine. Something is up. 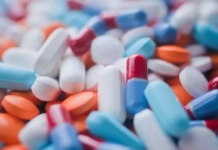 Why Modern Medicine Is a Major Threat to Public Health