From Medical Xpress: “The study examined associations among religiosity, spirituality and happiness in 354 people treated for neurological disorders at an outpatient clinic where Wade sees patients. ‘We found that spirituality was important in coping with a lifestyle threat, but it was only the existential – or secular – spirituality that was strongly related to happiness,’ Wade said, adding that the researchers identified happiness as a proxy for successful aging.

Wade described existential spirituality as differing from religiosity in that it involves developing an internal strength, rather than relying on an external omniscient spiritual force. ‘The literature refers to a self-efficacy component of existential spirituality,’ Wade said. ‘Religious spirituality is built upon the notion that there is some higher power, and that by praying and living in a moral way according to scripture, the practitioner will gain benefits. The existential approach toward spiritual development does not involve reliance upon an external power.'” 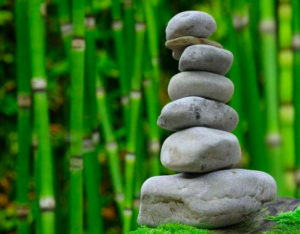