A study in Clinical Psychology and Psychotherapy examines clinical psychologists’ (CPs) beliefs that psychosis could be a transformative experience.

Conducted by Anne Cooke and Caroline Brett of Canterbury Christ Church University, the study found that the psychologists they interviewed viewed psychosis as more than a biological breakdown. Many considered psychosocial factors to be important, and some believed that the experience could be transformative, meaningful, and spiritual. Moreover, many psychologists used a transformative model, and their beliefs often guided their approach with patients. 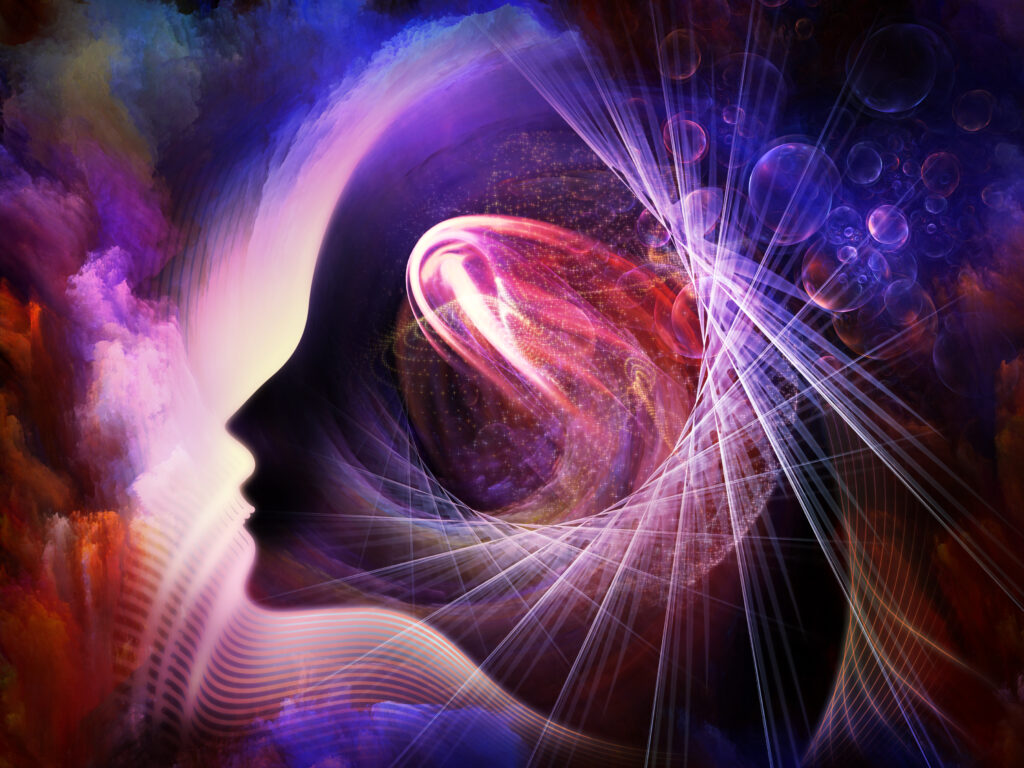 While the biomedical understanding of psychosis has been popular, newer studies that use qualitative data and include service user experience have significantly undermined it. A growing amount of literature has surfaced in the last decade, indicating that psychosis is related to socio-economic deprivation and childhood trauma. Even cultural alienation among immigrants and systemic factors such as racism has been implicated.

Despite this change in focus, few studies have taken seriously the transformational aspects and spiritual dimensions of some psychotic experiences. This is despite numerous patients reporting that psychosis for them was purposeful and meaningful – both personally and spiritually. Other theories over the years have also pointed to connections between spiritual emergencies and psychosis.

In this new study, Cooke and Brett investigate this transformative understanding of psychosis in mainstream care in the UK. Both service users and past literature note that psychosis can be a painful but positive experience for some people. For example, it might help resolve traumatic experiences or serve as a method of cognitive problem-solving.

In addition, some patients consider their psychotic crises to have meaningful spiritual dimensions, which helps with recovery. Whether an experience is seen as distressing or positive depends on the context the person is in; for example, when they are surrounded by others who accept these experiences or when their own attitudes normalize them, they encounter less distress.

The researchers conducted a qualitative study using grounded theory. They interviewed 12 clinical psychologists working with the UK’s National Health Services about their beliefs around psychosis in general and transformative models in particular.

They also examined how their beliefs influenced clinical approaches and what constrained them from using these models. As a way of quality assurance, the researchers took participant feedback on their analysis. They ensured that participants with different beliefs about transformative models were recruited.

They found that CPs held a variety of views, with some believing psychosis to be an illness while others as purposeful. Two CPs viewed it through a biopsychosocial lens, thinking it was a disorder but one where the content of symptoms was meaningful. Some saw psychosis as a trait (schizotypy) that occurred on a continuum and was related to other traits such as creativity. Others used a trauma model, believing a psychotic break to be an understandable response to devastating life events. No one said the psychotic event was solely biological in nature and causation. Most importantly,

“…one group saw psychotic experiences as understandable responses to life situations, particularly trauma. Finally, some went further, believing that the experiences had a particular function, for example, helping to resolve dilemmas or unbearable feelings, and could therefore be seen as purposeful.”

Similarly, CPs also held different beliefs about transformative dimensions of the psychotic experience. While some thought psychosis was transformative in a broad sense, much like any crisis can be, others considered the very experience of psychosis to have purposeful, transformational, and spiritual qualities. Of this group, some thought it could help in processing and resolving traumatic experiences, but also clarified that despite being potentially positive, the experience was also painful and destructive.

CPs working in early intervention were more likely to believe that some of their clients could be having a spiritual emergency; some thought in those cases clients would not be distressed while others did not make that distinction. Some CPs felt that spiritual crisis represented only a small minority of their clients or that by the time clients were deeply involved with various services, it was not spiritual in nature anymore. CPs often considered transformative models more helpful:

The researchers found that all CPs tended to invite patients to look for meaning in their symptoms which they believed lessened anxiety. Even those who used the illness model encouraged their patients to notice how life events connected with their delusions; they used formulations created in collaboration with the patients to do this. Those who believed psychotic experience had purpose thought connecting it to biographical life experiences was important for integration. These CPs allowed their patients to explore, reflect, and learn from their psychotic experiences.

Some CPs, especially those who had similar experiences themselves, were likely to believe that the actual anomalous experience in psychosis could provide insight, and they tended to engage with these symptoms. Those who used the illness model were more likely to position themselves as the expert while others often took the position of “not knowing”; this involved not giving direct advice and facilitating client decisions and choices.

When it came to what constrained their use of the transformational model, they talked about role appropriateness and service context. Three out of six who considered psychosis to potentially have a spiritual dimension did not talk about it with their patients as they believed it was not appropriate to their role. Service contexts were often challenging, especially for those who did not adhere to the illness model but had to work in places and among colleagues who did.

They also found the medicalizing approach to be detrimental to trust.

“They felt that it makes clients less inclined to be honest with workers; that it promotes a more passive attitude; and that clients in acute crisis are often too heavily sedated to engage in therapeutic conversations.”

The researchers write that while there were differences in the way CPs viewed psychosis, all gave clients a place to explore their symptoms in the context of their lives. They all also prioritized engagement in real-world goals. The authors also noted significant commonalities when it came to interventions used by CPs with different orientations – they often put together and used the transformative model (such as using insight provided by psychosis) in collaboration with the psychological one for their patients (such as addressing trauma).

Clinical psychologists have often been integral to the development of these non-biomedical models of psychosis. Their beliefs influence their therapeutic approach and also how these models are viewed and accepted in mainstream health care.