This week on MIA Radio, we present a special episode of the podcast to join in the many events being held for World Benzodiazepine Awareness Day, July 11, 2018.

In this two-part podcast, we chat with W-BAD Lead Operations Volunteer and Virginia Representative Nicole Lamberson who talks about the events being held for W-BAD. We hear from psychiatrist Dr. Josef Witt-Doerring, who talks about a recent paper he co-authored entitled “Online Communities for Drug Withdrawal: What Can We Learn?”. We also hear from therapist and campaigner Chris Paige who discusses his own experiences taking and withdrawing from benzodiazepines. Finally, in part 2 of the interview, we get to chat with Robert Whitaker, science journalist and author of the books Mad in America and Anatomy of an Epidemic.

First, I am very fortunate to have had the chance to talk with Nicole Lamberson. Nicole is Lead Operations Volunteer and Virginia Representative for W-BAD and she has kindly taken time out of her busy preparations to talk about how she became involved with W-BAD, some of the events and campaigns being held around the world and how people can get involved.

Nicole has an immense passion for benzodiazepine awareness and its victims and hopes that her efforts ultimately spare many others from taking this painful, senseless, and totally preventable iatrogenic “journey”.

How to participate in W-BAD

As Prescribed by Holly Hardman (documentary film in production)

Next, we chat with psychiatrist Dr. Josef Witt-Doerring. Josef trained in Queensland, Australia before becoming a psychiatric resident at Baylor College of Medicine, Houston, Texas. He co-authored a paper published in Psychiatric Times entitled “Online Communities for Drug Withdrawal: What Can We Learn?” which received praise for openly addressing the issues of dependence and withdrawal and identifying the support activity that goes on in forums like Benzo Buddies and Surviving Antidepressants.

Online Communities for Drug Withdrawal: What Can We Learn?

Malcolm Lader: Anxiety or depression during withdrawal of hypnotic treatments 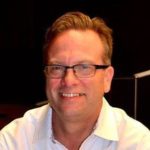 Our next guest is Chris Paige. Chris has a bit of an ‘inside’ perspective to add to the conversation for World Benzodiazepine Awareness Day in that he is a licensed therapist of over 20 years who was iatrogenically injured by a prescribed benzodiazepine. Chris has practised in a variety of settings including hospitals, schools, and foster homes and has taught at the undergraduate and graduate level.

He has presented papers at national and international conferences, appeared on Dateline NBC for his work with children of divorce and had his own national magazine column called ‘On The Couch with Chris Paige‘. Chris is on the board the Benzodiazepine Information Coalition, a non-profit organization that advocates for greater understanding of the potentially devastating effects of commonly prescribed benzodiazepines as well as prevention of patient injury through medical recognition, informed consent, and education. Chris currently resides and practices in Florida.

Finally, in part 2 of the podcast, we interview Mad in America founder, Robert Whitaker. For many of us, Robert needs no introduction as he is well known for his award-winning book, Anatomy of an Epidemic: Magic Bullets, Psychiatric Drugs, and the Astonishing Rise of Mental Illness in America, which was released in 2010.

Robert has been a medical writer at the Albany Times Union newspaper, A journalism fellow at the Massachusetts Institute of Technology and Director of publications at the Harvard Medical School. Besides many papers, journals and articles, Robert has written five books which include Mad In America: Bad Science, Bad Medicine, and The Enduring Mistreatment of the Mentally Ill in 2001, Anatomy of an Epidemic in 2010 and Psychiatry Under The Influence: Institutional Corruption, Social Injury, and Prescriptions for Reform published in 2015.

Revival of the market for Benzodiazepines

Malcolm Lader: It is more difficult to withdraw people from benzodiazepines than it is from heroin