From ProPublica: “The FDA is increasingly green-lighting expensive drugs despite dangerous or little-known side effects and inconclusive evidence that they curb or cure disease. Once widely assailed for moving slowly, today the FDA reviews and approves drugs faster than any other regulatory agency in the world. Between 2011 and 2015, the FDA reviewed new drug applications more than 60 days faster on average than did the European Medicines Agency.” 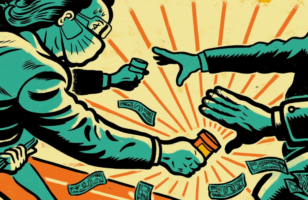