From Bloomberg: “The counterattack against the drug has been furious, and in many instances led by women. These forces contend that one woman’s sexual abnormal is another woman’s normal, and it’s not uncommon for a woman’s desire to wax and wane throughout her life. They say it’s more typical for women to respond to their partners’ overtures rather than spontaneously feel desire for sex—and that these women shouldn’t be shamed by drugmakers into thinking there’s something wrong with them.

‘It’s the story of disease mongering. The creation of a condition that’s really not a condition,’ says Leonore Tiefer, a sex therapist and former co-director of the Sex and Gender Clinic in the department of psychiatry at New York’s Montefiore Medical Center. Tiefer has spent much of the past decade arguing at regulatory meetings and with op-ed pieces that there’s a wide spectrum of normal sexuality. A woman with a low libido, she argues, doesn’t need medication. ‘What’s been going on for the past 10 years is a campaign on the part of Big Pharma to recruit doctors as front people and spokespeople to promote a condition that doesn’t exist,’ she says.” 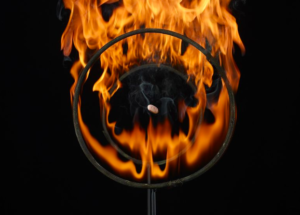