From The Bend Bulletin: “A recent review of studies on firearm ownership and suicide found that a gun owner had a 300 percent higher risk of suicide than a non-gun owner. Moreover, that increased risk applied to every person in a home with a gun. Last year, a Centers for Disease Control and Prevention analysis found that the less urbanized a county, the higher the suicide rate.

‘The fact is, even more than depression or substance abuse, the strongest predictor of how likely a person is to die from suicide is a gun in the home,’ Don Gross, former president of the Brady Campaign to Prevent Gun Violence, wrote in a recent report.

No matter how you slice it — rural versus urban, men versus women, whites versus blacks, old versus young — the higher the rates of gun ownership, the higher their suicide rate. None of those differences can be explained by higher rates of mental health, suicidal thoughts or previous suicide attempts.” 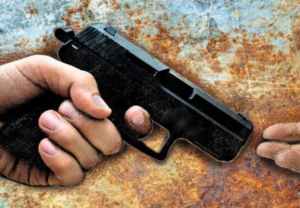