From The Boston Globe: “[A] report by the Massachusetts Department of Public Health found that nearly a quarter of overdose deaths in a five-year period occurred among people, mostly men, who work in construction. Farmers and fishermen also had higher-than-average rates of overdose deaths.

The common factor: Workplace injuries occur frequently in these occupations.

The report, released Wednesday, paints a disturbing picture of workers hurt on the job, taking addictive painkillers, and needing those painkillers to keep working at jobs they would otherwise lose.

A lack of job security and sick pay — often the case in high-injury occupations — were also factors linked to higher rates of overdose deaths, the study found.” 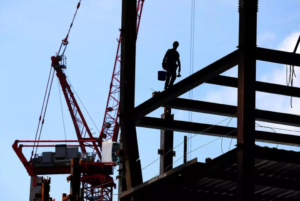 Fired for the Truth by Dr. Karan R Gregg Aggarwala