From Buzzfeed News: “Foster kids in Missouri are overmedicated with powerful drugs that keep them in ‘chemical straight-jackets,’ putting them at risk of harm, according to a class-action lawsuit calling on the state to improve the care it offers the youngest people in its charge…’Too often children are on these drugs simply as a matter of chemical restraint…’ Samantha Bartosz, deputy director of litigation strategy at Children’s Rights, one of the groups who filed the lawsuit in July 2017, told BuzzFeed News.

Bartosz and her colleagues claim that Missouri often does not give doctors or foster parents records of the drugs the children were prescribed, or if they triggered any side effects. The suit also alleges that the state fails to secure informed consent before kids are dosed, and that kids who wind up on high-risk treatment regimens — such as the use of drug cocktails — are not monitored adequately.

The state puts foster children at risk of ‘serious physical and psychological harm,’ the complaint states, ‘in violation of their federal constitutional and statutory rights.’

The suit is asking to force the state to document children’s medical histories and make those available to foster parents; to craft and enforce a clear consent policy; and to require an additional medical review for unusual prescription cases, such as those that involve risky drugs or many drugs at once.” 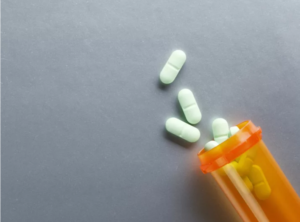