‘There was more compassion and “Wow, this is really difficult for you,” more open questions to him instead of dictating what he should and should not behave like,’ said Bea.

The Duncans said the training helped them shift from chaos to calm.

For the Duncans, the approach meant they could switch from enforcing family consequences, like kicking Jeff out of the house, to supporting him as he faced others, like losing a job due to drug use. It worked well: Bea and Doug helped Jeff stick to his recovery. He’s 28 now and has been sober for nine years.” 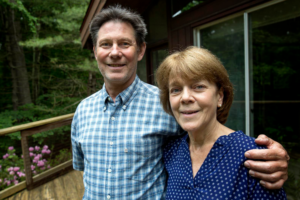