From The Globe and Mail: “From Abraham to the Aztecs, ancient cultures exacted human sacrifices to appease the gods – that is, to soothe their own anxieties and to placate false beliefs. Today, we have our own version of this, as evidenced by the overdose crisis sweeping North America. According to a recent Public Health Agency of Canada report, there were roughly 4,000 opioid-related fatalities in Canada in 2017, a nearly 50-per-cent increase from the previous year. This epidemic has ‘has affected every part of the country’ and led to ‘devastating effects on families and communities.’

These lost lives are offered up, we might say, for the appeasement of our own false beliefs and denial. Addicted people are victimized by our society’s disinclination to come to terms with the root sources, psychology and neurobiology of addiction, especially of substance dependence. We could stem the fatal tide, end the sacrificial cycle, if we grasped what drug use is really all about, recognized the universality of addictions throughout our culture and adopted practices that reflected reality rather than prejudice: In other words, if, instead of ostracizing drug users, we grounded our approach in science and empathy.

. . . The essence of all addictive habits was succinctly expressed by one of the world’s most renowned former heroin users, Rolling Stones guitarist Keith Richards, whose very longevity is considered by many to be a modern miracle. ‘It was a search for oblivion, I suppose, though not intentionally,’ he writes. ‘The convolutions you go through just not to be you for a few hours.’

Why are people so uncomfortable in their own skins that they need to escape themselves, even at the risk of self-harm? What engenders such unbearable pain in human beings that they would knowingly risk their very lives to escape it?

‘We need to talk about what drives people to take drugs,’ the famed trauma psychiatrist Bessel van der Kolk has said, pointing out that there is almost a direct correlation between childhood trauma and addiction. ‘People that feel good about themselves don’t do things that endanger their bodies… Traumatized people feel agitated, restless, tight in chest. You hate the way you feel. They take drugs in order to stabilize their bodies.’ This drive to regulate one’s body and mind, to escape distress, activates all addictions, substance-related or not, mild or severe.

. . . All behaviours of addiction, from drugs to gambling to gaming, either directly soothe pain or distract from it. Temporarily, they all ease discomfort with the self. Hence my mantra: the first question is not, ‘Why the addiction?’ but ‘Why the pain?’ In my 12 years of work in Vancouver’s Downtown Eastside, the answer could not have been more stark. Every single one of my female patients had suffered sexual abuse as a child. None of my patients – male or female – had been spared major trauma of some kind. Not all addictions stem from such severe hurt, but all are rooted in sorrow, helplessness, and alienation.

‘Even the most harmful addictions serve a vital adaptive function for dislocated individuals,’ Bruce Alexander writes in his seminal work, The Globalization of Addiction: A Study in the Poverty of the Spirit. ‘Only chronically and severely dislocated people are vulnerable to addiction.’ By dislocation he means ‘an enduring lack of psychosocial integration.’

Whether we call it dislocation or trauma, there is no effective way of addressing addiction without addressing its fundamental origins. As a society we are far from embracing this inescapable truth, in face of all the scientific, narrative and epidemiological evidence for it.

Forty years ago, I graduated from medical school at the University of British Columbia without ever, in four years, hearing a single mention of psychological trauma and its impact on human health and development. Disturbingly, nor do most medical students even today, despite the voluminous and persuasive research linking trauma to mental and physical illness and addiction.

‘What the data look like is a society gripped by despair, with a surge of unhealthy behaviours and an epidemic of drugs,’ the Nobel Prize winning economist Paul Krugman wrote in The New York Times back in 2015. The situation has only grown more dire since then.

How are we to address the manifestations of despair without addressing the despair itself? How are health practitioners to help people when they themselves remain ignorant – by training! – of the source of the problems their patients present with, when academia and major treatment institutions have yet to absorb the new knowledge? How, in the absence of awareness is the legal system to address addiction? How is the political system to confront it rationally? How, in the end, can society cope with an epidemic it misperceives?” 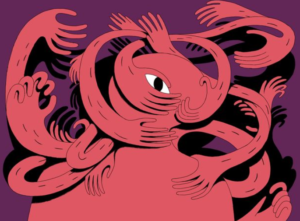