From The American Lawyer: “A federal appeals court has thrown out a $3 million verdict awarded last year to the widow of a former Reed Smith partner, ruling that federal law prohibited pharmaceutical giant GlaxoSmithKline plc from adding a suicide warning label to an antidepressant that the plaintiff argued caused her husband’s death.

Former Reed Smith partner Stewart Dolin committed suicide in downtown Chicago in 2010 while taking a generic version of Paxil, a drug formerly manufactured by GSK. Dolin’s widow, Wendy Dolin, sued GSK and alleged that the company covered up results of a clinical study that showed the drug paroxetine had caused suicides in adults. A federal jury in Chicago awarded Stewart Dolin’s family $3 million in April 2017.

The U.S. Court of Appeals for the Seventh Circuit ruled Wednesday that the case should have been dismissed before trial because GSK was prevented in 2007 by the U.S. Food and Drug Administration from adding suicide as a warning for adults on the label for Paxil.” 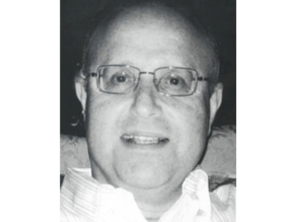