From Buzzfeed News: “This month in San Francisco, the American Psychological Association will vote on a proposal that would return psychologists working for the military to the detention camp at the Guantánamo Bay naval base in Cuba.

The vote by the association’s 178-member governing council will take place against the backdrop of a bitter dispute over a 2015 report commissioned by the APA that found the organization colluded with the Pentagon to allow harsh interrogation methods, including sleep deprivation and painful ‘stress positions.’ Some psychologists criticized in the report dispute its findings and have sued the organization for defamation.

The new proposal — backed by the association’s leaders — says that APA members at Guantánamo would be restricted to ‘working in a health care role,’ treating both military staff at the base and the remaining detainees, who were rounded up in President George W. Bush’s ‘war on terror.'” 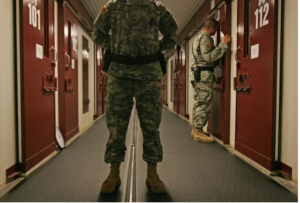